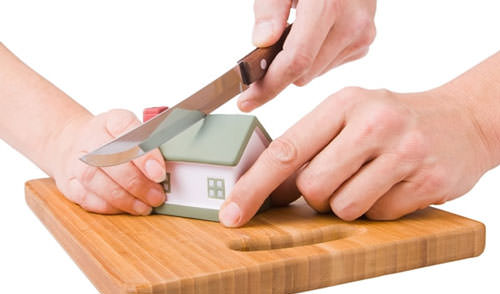 The Property (Relationships) Act 1976 (“PRA”) has been enacted to determine how the property of couples is to be divided once they separate.

The general principle is that property is to be divided equally between the couple.

Life is not that simple, however, so the Act foresees circumstances where one partner may have separate property, be it inherited or otherwise.

Section 1M adds that the Act is to provide a “just division” when their relationship ends.

As one can imagine, the ownership of separate property can be an area of dispute.

The sustenance of separate property and the actions of a party will always be a matter of argument and degrees.

The Act is clear that all forms of contribution to the relationship are to be treated as equal.

One can easily see that the contributions from the relationship income to pay a mortgage over separate property from a previous relationship should result in compensation to the non-owning partner. That could be a share in the gain resulting from the ownership of the property.

The situation where a non-owning spouse goes out to work so that the owning spouse can maintain and enhance the asset would appear also relatively easy to appreciate.

If it is deemed to have done so, what would be a “just division” having regard to the advantages and disadvantages to the partners at the end of the relationship?

Ultimately, Section 9A(2) of the PRA says that any increase in the value of separate property, or any gains derived from separate property, where attributable (wholly or in part, and whether directly or indirectly) to the actions of the other spouse or partner then:

If one was looking at quantifiable financial contributions, the prescriptive basis of the Act could be applied.  This is not possible when one is considering indirect contributions such as the underwriting of a liability over separate property.

In farming and horticultural situations, the land may be separate property, but the business involving the land is the source of relationship income. The business may invest both money and effort into the improvement of the land. Those improvements cannot be separated from the land.

This case epitomises the complexity that can arise in the assessment of the apportionment resulting from a relatively simple indirect contribution to the complex effect that contribution had on the separate property owned by the husband.

Had Mrs. Rose not attended to the household and the care of the children and worked to earn an income for the household, the amount of separate property would have been less and Mr. Rose would not have been able to work the hours he did in the development of the vineyard, adding to the value of the separately owned land. That value was also only possible with increasing relationship debt.

The Court of Appeal assessed a 40/60 allocation (upheld by the Supreme Court) of the increase in the separate property to Mrs. Rose.

Whilst an accounting of contributions may be of assistance, not all can be assessed in terms of dollars. Ultimately, it will be the judgment of the court that settles the allocation.

Do you have a client in need of impartial advice? Please email John at

jleonard@gerryrea.co.nz to discuss your options.