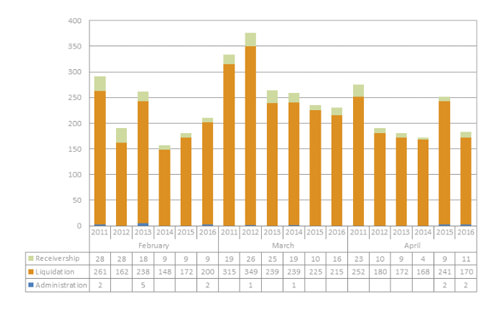 Applications made to the High Court to liquidate companies in April 2016 totalled 117. This is consistent with previous years. 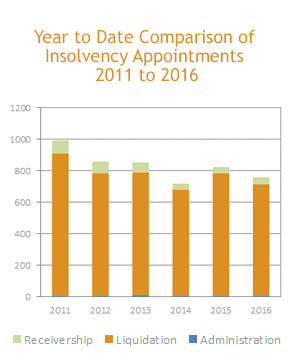