Have you recently purchased a gift voucher for a loved one? Have you ever made travel plans in advance and received vouchers redeemable for tours and accommodation? Have you ever pre-bought vouchers for experiences such as a hot air balloon ride or a round of mini golf?

Pre-purchasing vouchers for goods and services is common practice for consumers today. In fact, these vouchers often appear to be a safe bet to consumers as gift vouchers in particular are often promoted as a way to remove anxiety around purchasing gifts.

However, what happens when a business fails to deliver goods and services paid for well in advance? Specifically, what happens if that company defaults and becomes insolvent? 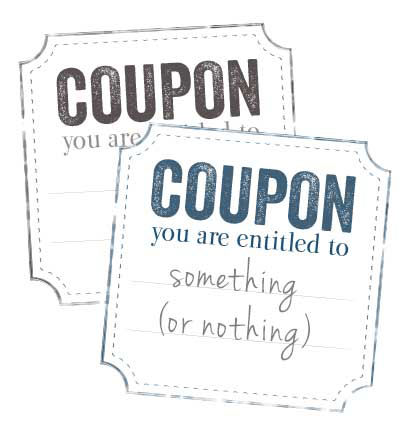 This is the point of caution for consumers pre-purchasing vouchers. In cases where a company finds itself in financial trouble and, subsequently, insolvency, it is always the case that secured and preferential creditors must be repaid by the organisation before all others.

Consumers, regrettably, are considered unsecured creditors, meaning moneys may be allocated if there is anything left after secured and preferential creditors have received their fair share. Under these circumstances, it is most likely the consumer will not get their money back.

Recent high-profile examples of this situation are difficult to ignore. Let’s consider The Echo Festival and Dick Smith voucher debacles.

The Echo Festival, originally referred to as the McLaren Valley Music Festival, was marketed as “The Glastonbury of the Pacific”. It was to feature the likes of Disclosure, The Flaming Lips, Kurt Vile & The Violators, Young Fathers, Tiny Ruins, Jamie XX, Die! Die! Die! and Mel Parsons, among other international names. The two day event was meant to take place on January 11 to 12.

However, the festival had to be moved from McLaren Falls in the Bay of Plenty up to Auckland due to resource consent issues which caused slow ticket sales. The festival was cancelled in late November 2015 and the company behind it was placed into liquidation. Matt Kemp and Simon Dalton of Gerry Rea were appointed liquidators on 15th December.

Unfortunately, the remaining consumers who had purchased tickets in advance but not yet received a refund for the festival cancellation will rank as unsecured creditors. While every effort is being made to recover funds for those consumers, it is looking increasing unlikely that funds will be available to distribute to them.

Another high-profile company, Dick Smith, has also been under scrutiny due to vouchers.

Dick Smith presumably hoped their Christmas trading would improve financials and hoped to honour the pre-purchased vouchers issued at the end of 2015. With the troubled retailer now in receivership, many Dick Smith locations around the country have not accepted these gift vouchers. Rather, customers were advised to hold on to these vouchers as the company awaited instruction from receivers.

In short, consumers left out of pocket by Dick Smith’s collapse have been lumped together with the company’s other unsecured creditors. Again, demonstrating vouchers are nothing more than a pricey piece of paper when goods and services cannot be delivered and repayment is unlikely.

In the end, unsecured creditors are not in an advantageous position when a company defaults or becomes insolvent. Some consumers may see their money again, but most will not.

Consumers are urged to think twice before pre-purchasing vouchers in place of goods and services; it is a risk.

If you have any feedback about this article, please email Simon at sdalton@gerryrea.co.nz